The creation of legendary cartoonist Sergio Aragonés (who was soon joined in that questionable literary endeavor by producer/writer/friend-of-his Mark Evanier), Groo the Wanderer has fans all over the world.

The world's stupidest barbarian first appeared in print in 1982, though the concept was camped out in Sergio's mind and on his drawing board for several years before. The comic was an almost-instant hit, and Sergio and Mark have been producing Groo's further adventures for over 39 years with new issues still appearing…just under 200 and counting.  Groo, by the way, is not doing the counting because he can't/

SERGIO has been the recipient of darn near every award on this planet for cartooning and even has one named for him.  His irresistible cartoons have appeared in the pages and margins of MAD since 1963 and been the subject of "All-Sergio" special editions of MAD.  His cartoons have also been seen in DC Comics, Marvel Comics and just about every major publisher of funnybooks, and his work has been translated -- an easy feat since so much of it has been in pantomime -- into over a hundred languages.  Paperback collections of his work and graphic novels have sold into the millions and he has appeared in front of the camera for TV shows (like "Laugh-In") and movies, along with being a permanent Guest of Honor at the annual Comic-Con International in San Diego. 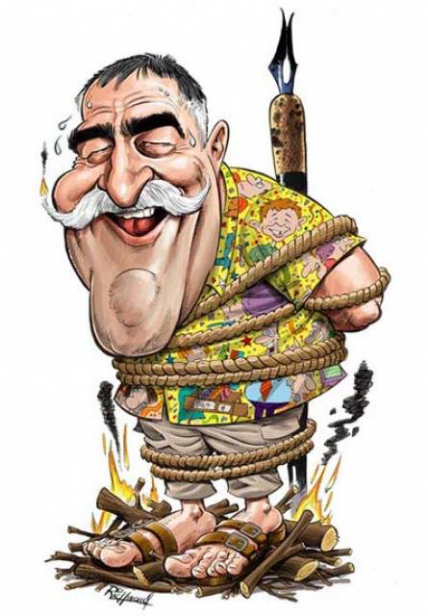 MARK has been a professional writer since 1969, writing for magazines and stand-up comedians, as well as hundreds of comic books, at first featuring characters like Mickey Mouse, Bugs Bunny, Scooby Doo and The Flintstones, later going on to work on original creations and in live-action television, animation and books.  His longest TV credit was as producer, voice director and writer for several hundred hours of animation of Garfield the Cat, but he also developed the Dungeons & Dragons cartoon show (and many others) for television.  He has received three Emmy nominations and, both in tandem with his partner Sergio and alone, several Eisner Awards, plus he received the Lifetime Achievement Award for Animation Writing from the Writers Guild.  Like Sergio, he is a permanent Guest of Honor at Comic-Con International.