The People In Groo's World

The world of Groo is filled with hundreds of unique characters, who all have a strong opinion on Groo (usually not very good). From warriors to witches, they are unique characters who interact with Groo and live to regret it...assuming they live at all. 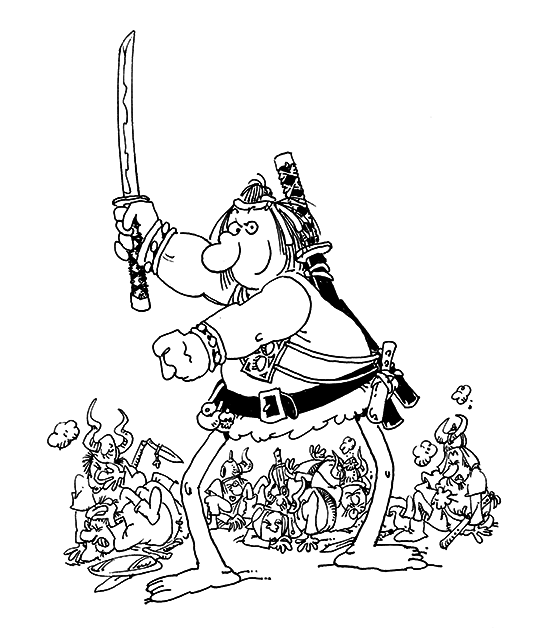 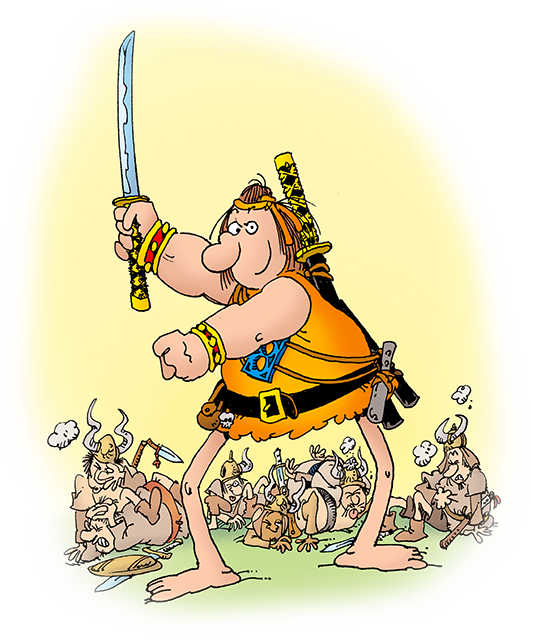 Appears in every issue and does something stupid! 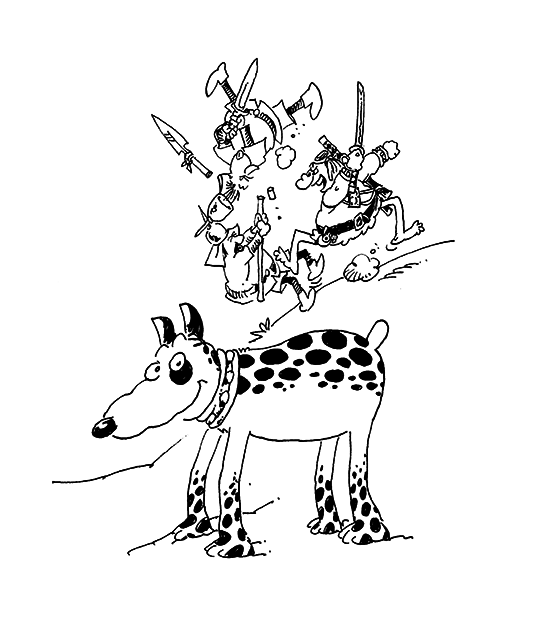 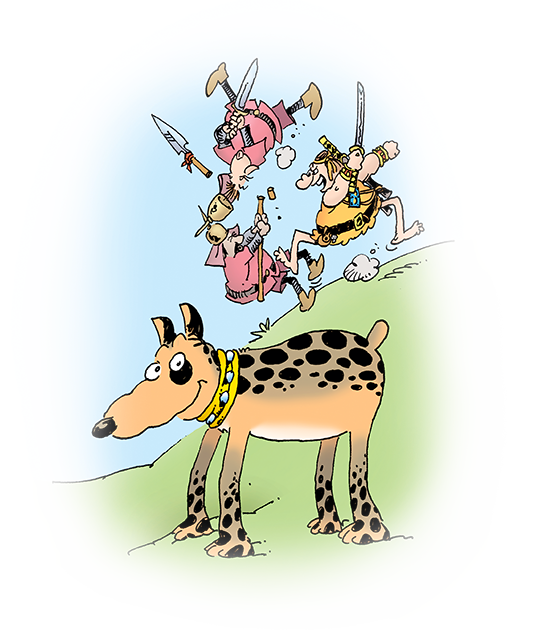 By Groo’s side wherever he may wander, you’ll find RUFFERTO, a loyal friend (his one and only) who once lived that pampered, privileged, boring life in a royal palace. There, he dreamed of a life of true excitement. When he saw Groo, he knew he’d found his future. No one is as loyal as a loyal dog is loyal, and Rufferto quickly attached all that loyalty to The Wanderer...who, in his Grooish way, is still too dense to notice it. It’s so rare for Groo to have an admirer, he doesn’t know one when he sees one.

Admires Groo in spite of the stupidity 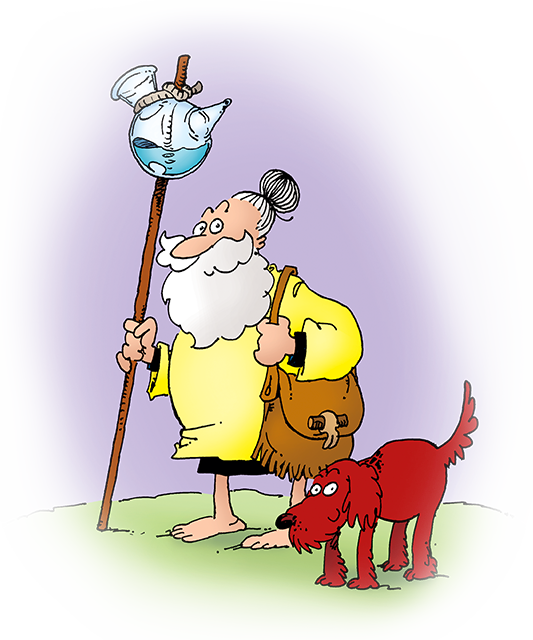 By virtue of being a wise man, THE SAGE is everything Groo is not. He’s intelligent and way too smart to soil his hands in the messy throes of battle. Whereas Groo lives by his swords, The Sage lives by his brains. In that ancient land and time, wits can only get you so far...so while Groo envies The Sage for his intelligence, The Sage wishes he had a little of Groo’s prowess and courage -- even if the courage part does derive from being too stupid to know when to be scared.

The Sage has the perception to see that Groo is not quite the bumbling monster that so many make him out to be...but of course, The Sage is also bright enough to not hang around him too much. A guy could get killed being around Groo, after all.

Smart...but maybe not as smart as he thinks he is. 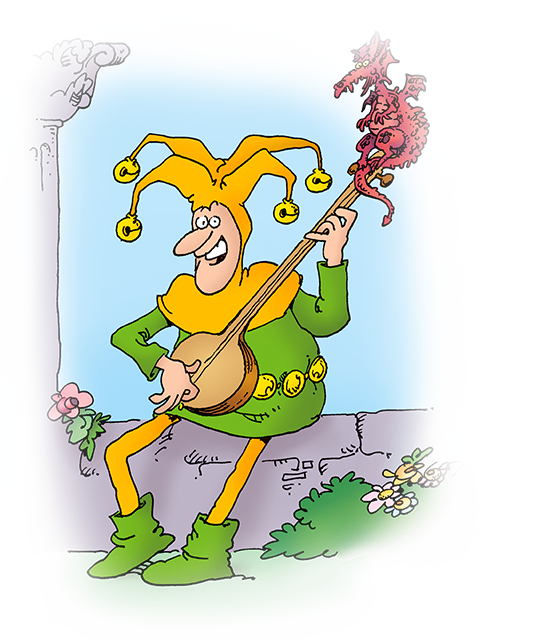 The adventures of Groo are sometimes narrated by THE MINSTREL, a merry bard who “sings” in rhyming dialogue. He is maybe the closest thing Groo has to a human "friend"... though he mostly sticks around to get fresh content for his ballads.

His lute changes in every frame! 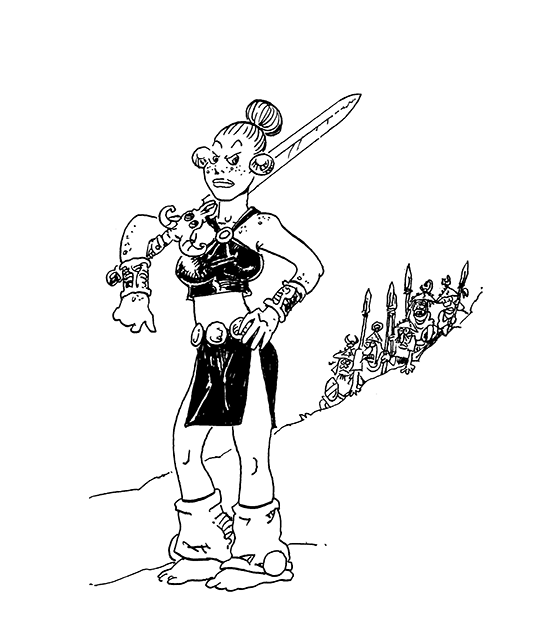 CHAKAAL is also the opposite of Groo but in different ways: Tall, smart, and beautiful. In fact, the only thing they have in common is that she’s pretty good with a sword, too, though she uses hers wisely and with purpose, and always for good. He is entranced with her…a feeling that is in no way mutual. A roving adventurer herself, Chakaal wishes Groo no harm but also wishes he was far from her. But when their paths cross, as they do now and then, she finds herself enmeshed in his latest, always dangerous situation. 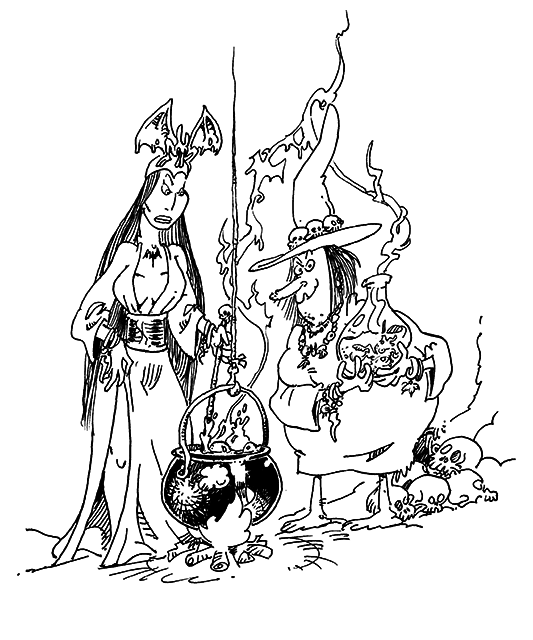 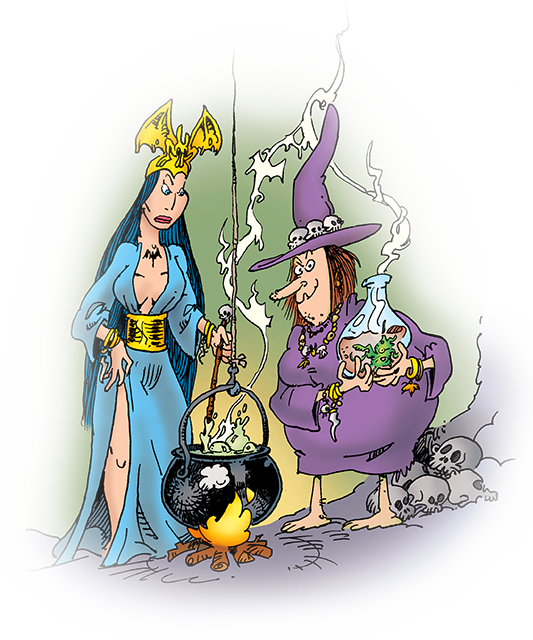 Then there are the local witches, ARBA and DAKARBA, who deal in spells and magic, some of which even work. They are mother and daughter, forever scheming ways to use their not-always-awesome powers to get a little of what all the schemers and scramblers around them have and/or want. Little else matters to them apart from personal gain. When they encounter Groo, as they occasionally do, they have themselves (they think) a useful idiot who will do their bidding and help them achieve their witchy goals. And all Groo thinks is that he’s got a job...but of course, he neglects to ask about the part where he gets paid. 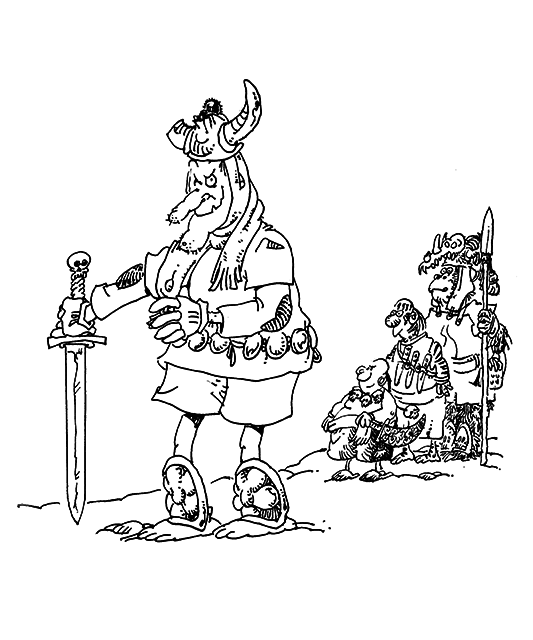 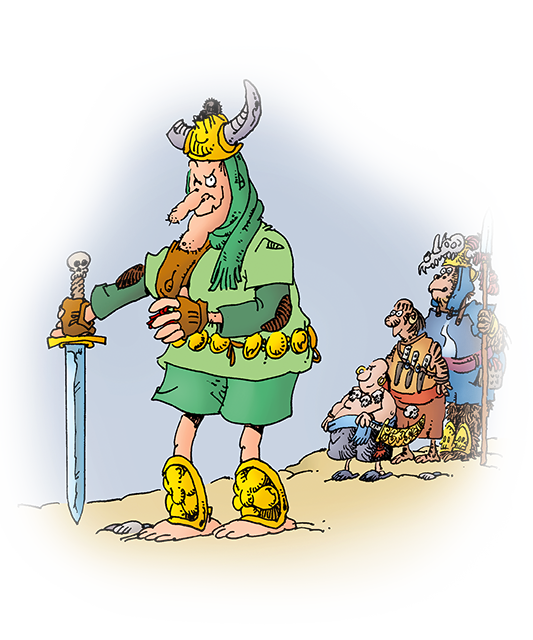 TARANTO was once a colleague of Groo’s in some army at some time in some war in some place neither of them can recall. Groo, with his gopher-sized memory, cannot even remember all the times in the past when Taranto -- now the leader of a band of mercenary cut-throats, tried to kill him. And Taranto, who keeps coming up with schemes to use Groo’s unique manner and prowess for gain, keeps forgetting how badly that turned out for him the last two dozen times he tried it.